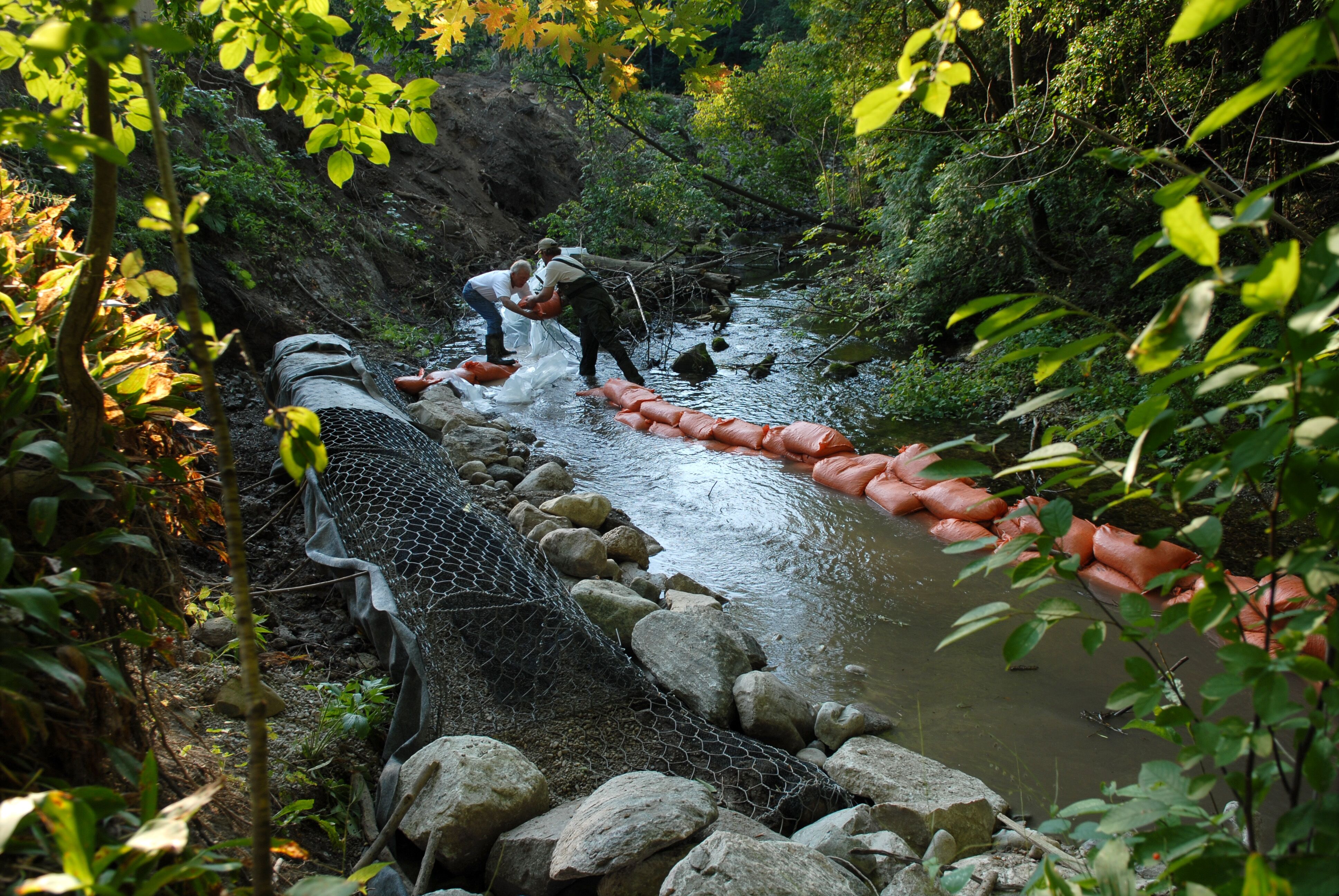 The need for flood and erosion control

Under natural conditions, all lands along watercourses and shorelines are subject to periodic flooding. Bank/bluff instability and erosion along watercourses and shorelines also occur due to natural causes. Land use practices have tended to aggravate flood and erosion problems. These practices include deforestation, agricultural land clearing, urbanization, and the filling and draining of wetlands.

Flooding and bank instability/erosion can result in critical problems such as:

To prevent and control flooding and erosion, Conservation Authorities carry out remedial projects such as preventing the entry of floodwater to a specific site and stabilizing channel slopes.

The Class Environmental Assessment for Remedial Flood and Erosion Control Projects (Class EA) establishes a planning and approval process for a variety of remedial flood and erosion control projects that may be carried out by Conservation Authorities. The most current Class EA was approved on June 10, 2013.

The Class EA sets out procedures and environmental planning principles for Conservation Authorities to follow to plan, design, evaluate, implement and monitor a remedial flood and erosion control project so that environmental effects are considered as required under the Environmental Assessment Act. This Class EA allows Conservation Authorities to undertake these projects without applying for formal approval under the Environmental Assessment Act, on the condition that the planning and design process outlined in the Class EA is followed and all other necessary federal and provincial approvals are obtained.

The Five Year Review Report (2012-2016) included several proposed amendments to the 2002 Class EA (Amended June 2013). The majority of the proposed amendments focused on bringing the Class EA into compliance with MOECC’s “Code of Practice: Preparing, Reviewing and Using Class Environmental Assessments in Ontario” (January 2014) and “Guide: Consideration of Climate Change in Environmental Assessment in Ontario” (August 2016, draft). Other revisions included editorial changes such as updating federal and provincial agency names, formatting changes (e.g., margins, font size, spacing, bullets) to improve consistency and clarity throughout the document, updating figure names, and only italicizing a glossary term’s first appearance instead of throughout the document. The proposed amendments were submitted on January 31, 2017 to the Ministry of the Environment and Climate Change for review.

The 2019 Annual Effectiveness Monitoring Report for the Class Environmental Assessment for Remedial Flood and Erosion Control Projects fulfills Conservation Ontario’s requirement to monitor the effectiveness of the Class EA process to ensure it provides for sound environmental planning and remains current and relevant. The annual report addresses projects initiated, planned, and/or implemented during that year.